DEXTER - Saline's eight-year reign over the SEC Red is over.

The Hornets needed a win at Dexter to clinch a share of the conference title. Instead, Dexter won by a 21-14 score in a compelling game in front of a packed house at Al Ritt Stadium in Dexter.

Saline fell to 5-2 in the SEC Red. Dexter finished 7-0. The Hornets are 6-2 overall with one game remaining next Friday at Lake Orion.

The Hornets outgained the  Dreadnaughts, 355 to 255 yards - but Dexter ended four promising drives with fourth down stops. Dexter scored the winning touchdown on a fourth-down play.

CJ Carr completed 26 of 34 pass attempts for 217 yards and rushed 12 times for 46 yards. Roman Lauriou caught 11 passes for 87 yards. Garrett Baldwin caught five passes for 54 yards and Caid Fox caught seven passes for 55 yards. The air attack was kept out of the end zone, however. Ryan Niethammer rushed 11 times for 35 yards and a touchdown. Matt Walper recovered a fumble in the end zone for Saline's other touchdown.

For Dexter, Cole Cabana lived up to the hype and scored all three Dexter Touchdowns. He rushed 27 times for 140 yards and two TDs and he caught three passes for 49 yards and a TD.

The loss was a disappointment for the Hornets, who've lost two straight since starting the season with six straight wins. It denied the Hornets one of their goals - a conference championship.

"It was a championship atmosphere, with championship-level teams and a championship type of game. It was a back-and-forth game between two great football teams," Saline coach Joe Palka said. "It's fun to be a part of it. It's just tough to be on the losing end. I was hopeful throughout the game, right down to the end when we were inside the 15 with 12 seconds to go on fourth down."

Saline's final drive looked like it might have legs when, on 4th-and-10 with less than a minute to play,  CJ Carr passed to Garrett Baldwin for a 34-yard-pickup. It was the longest play from scrimmage all night for a Hornet team that has for years made the big play its calling card and it gave Saline a first down at the Dexter 20.  Ryan Niethammer rushed five yards down to the 15.

On second and five, Carr rolled out to his left and made a leaping throw toward the end zone as he was being tackled. The throw fell incomplete. On third down, Carr rolled left again under pressure and fired a low pass that a diving Matt Walper couldn't corral.

That brought up 4th-and-5 from the 15 with 11 seconds left. Carr started to his left again, looking towards Caid Fox and Roman Laurio, but those options were quickly closed off. He turned back and found nowhere to go - gaining four yards before he was brought down by the Dreadnaughts to end the game.

Palka felt a lot better about his team's effort than he did last week in the loss to Bedford.

"We made mistakes. That's going to happen. But the way we played tonight was a thousand times better as a team than the way we played last week," Palka said. "As a team, we took steps. We asked them to battle the full game and they did. I thought it was 1000 percent better, across the board, as a team, than it was last week."

The game began with such promise for the Hornets.

Saline came out of the gates with quick, short passes and an effective running game. Carr threw for 10 yards to Laurio. Baldwin rushed for 10 yards. Carr threw to Dylan Messman for 15 yards. Down the field they went, moving the chains with two more short passes to Laurio and Baldwin. And then CJ Carr ran for 10 yards himself. Carr goaded the Dreads into a five-yard penalty for encroachment and then threw to Laurio for a nine-yard gain to the 12. Three more runs by Carr, Niethammer and Baldwin gave Saline a first down at the one. From there, Ryan Niethammer punched it in.

The Hornet defense got the ball right back. Cade Tousa tackled Cabana for a two-yard loss on first down. James Rush stopped Micah Davis for no gain on second down. A third-down pass was incomplete. Dexter punted from the 19.

Saline took over at its 35 and it looked like the Hornets were poised to score again. Carr passed to Laurio and then Rush ran for nine yards for a first down at the 48. Carr threw to Laurio for a first at the Dexter 32. After a short pass to Walper, Carr threw to Caid Fox for a 17-yard gain.

Saline pushed all the way down to the Dexter 13, where the Hornets faced a 4th-and-1. But a miscommunication led to an unexpected snap and the Hornets never got the chance to go for it. Dexter took over at its own 16.

Dexter dodged a bullet. The Dreadnaughts moved up the field with runs by Cabana and a steady diet of short passes from QB Reeves Taylor. Early in the second quarter, on 4th-and-1 at the Saline 41, the Dreads handed off to Cabana, who went 21 yards before he was dragged down. He then ran for gaines of 3, 4 and 4 yards for another first down. Two plays later, he ran into the end zone.

Garrett Baldwin, who seemed to do it all for Saline Friday, ran the ensuing kickoff 36 yards to the Saline 41.

On the next kickoff, Baldwin broke several tackles to return the ball 25 yards to the Saline 27. Again, the Hornets went to the short pass and run game. Carr kept the drive going by goading the Dreads into another encroachment penalty on 4th-and-1 at midfield. Saline moved down the field and had several cracks at the end zone. Finally, Saline faced a 4th-and-goal with seconds left. Carr threw a pass for Laurio in the corner of the end zone - but Gerzon Herter batted the pass away. Laurio dove for the ball - but it was just out of his reach.

The third quarter started with the Hornets needing a defensive stop - and the that's exactly what the defense provided. Sam Kreuzer stopped Cabana for a two-yard gain on 2nd-and-3. And then Kreuzer stopped Cabana for no gain on 3-and-1. Dexter punted the ball away and Cade Tousa returned it to the Hornet 45. Saline overcame a couple penalties to move the ball into Dexter territory. Carr Passed to Caid Fox three times and Ryan Niethammer gained 11 yards on a rush to give Saline a first down at the Dexter 18. A couple plays later, Carr threw to Laurio, who made the catch and then took a late hit. Saline had a first down at the Dexter 5.

On the next play, CJ Carr attempted a keeper but the ball was knocked loose. It fell into the end zone, where Matt Walper fell on it for a touchdown.

Niethammer scored on the two-point conversion attempt to tie the game at 14.

The momentum continued to swing Saline's way when the defense came up with another stuff. Dexter had pressed into Saline territory - getting as deep as the 32 when the Hornets stopped bending. On first down, Jackson Conley dropped Cabana for a two-yard loss. A second down pass was incomplete. On third down, Cabana went four yards when he was stopped by Ryan Steinn and Kreuzer. That would have set up a 4th-and-8, but Cabana was assessed a 15-yard penalty for a personal foul. Instead, Dexter faced a 4th-and-24 from the Saline 46, so they punted.

Saline took over at its 15 yard line and the momentum dissipated. The Hornets moved the chains once and the drive stalled. Saline punted from its 27.

Dexter started at its 39. Two plays later, the Hornets got the ball back. Sullivan Mills made the initial contact on Cabana and seemed to knock the ball loose, and then he fell on the loose ball. The Hornets took over at the Saline 46.  On the first play of the fourth quarter, on 4th-and-3, Carr again goaded Dexter into an encroachment penalty. The Dreadnaughts by this point seemed wise to Saline's short passing game. A few players later, Saline had a 4th-and-3 at the Dexter 35. Carr threw to Mesman over the middle - but Messman took a hard hit and couldn't make the catch.

Dexter took over at its 35.  It was all Cole Cabana. He ran for two first downs. Then he caught a pass for a 31-yard gain down to the Saline 5 - where Baldwin made a touchdown-saving tackle.

It looked like the Hornet defense might do something heroic yet again. Saline's defense limited Cabana to 4 yards on his next three rushes, setting up a 4th-and-goal from the 1.

But this time, Cabana swept through to his left and scored.

I'm interested
You must log in to thank, flag, or reply
I disagree with this
This is unverified
Spam
Offensive

Brian Puffer Contributor
You must log in to thank, flag, or reply
I disagree with this
This is unverified
Spam
Offensive
Saline Wed. Dec 7 2022

Tran Longmoore Editor
You must log in to thank, flag, or reply
I disagree with this
This is unverified
Spam
Offensive
Saline Weather

Tran Longmoore Editor
You must log in to thank, flag, or reply
I disagree with this
This is unverified
Spam
Offensive
Saline Wed. Dec 7 2022

﻿Ronald James Rogers, “RJ”, was born on April 4, 1997 at St. Joseph Mercy Hospital in Ann Arbor to Scott and Marissa Rogers. After an acute illness, RJ passed away on Dec. 3
Tran Longmoore Editor

Jim Cain Contributor
You must log in to thank, flag, or reply
I disagree with this
This is unverified
Spam
Offensive
Saline Tue. Dec 6 2022

Councillor Dawn Krause, Absent Monday, Will Not Serve in Her Final Meeting

Krause has moved to the Pinckney area and city attorneys believe she no longer holds residency status needed to be in office.
Tran Longmoore Editor

The city's financial books look clean, according to the auditor, but the audit also showed a declining fund balance and a Rec Center that's lost $1 million since COVID-19.
Tran Longmoore Editor
Tran Longmoore Editor
You must log in to thank, flag, or reply
I disagree with this
This is unverified
Spam
Offensive
Saline Mon. Dec 5 2022

Emagine Hosts Sensory-Friendly Screening of Avatar: The Way of The Water on Dec. 17

Join Emagine Entertainment for a unique, sensory-friendly screening for the re-release of AVATAR: THE WAY OF WATER at 10 a.m., Saturday, Dec. 17
Tran Longmoore Editor

Tran Longmoore Editor
You must log in to thank, flag, or reply
I disagree with this
This is unverified
Spam
Offensive
Saline Mon. Dec 5 2022

Pittsfield Township Hall Will be Closed During Employee Training Exercises

Tran Longmoore Editor
You must log in to thank, flag, or reply
I disagree with this
This is unverified
Spam
Offensive
Saline Mon. Dec 5 2022 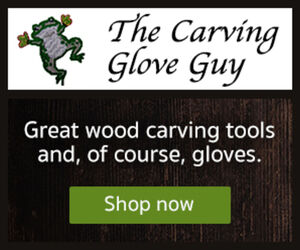 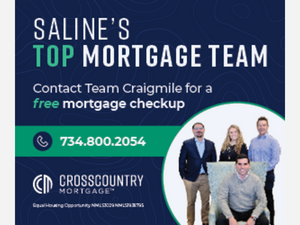 SPONSOR
Get your business noticed in SalineAdvertise