The Hornets (8-2) visited their west Michigan rivals for the big game with key players like QB Larry Robinson, LB London Parrish and TE Luke Darmos sidelined with injuries and illnesses. And for two quarters on a gloriously sunny day, it looked like freshman QB CJ Carr and the Hornets might just find a way to pull off the upset. But by late in the third quarter, it was clear that talented Rockford QB Zach Ahern and his offense would not be stopped.

A Saline-Rockford game is always a tough game. Without three key starters, coach Joe Palka knew it would be difficult to pull it out.

"What we wanted to do was stay competitive for a half and keep the game close and I thought we did that. In the first half we did some really good things," Palka said. "The reality is we just didn't have enough today. We battled for as long as we could. It would have been nice to keep it close and have a chance to win at the end, but that wasn't in the cards today."

The season won't be defined by the season-ending loss to Rockford, but by the unbeaten SEC Red season and district championship.

Palka, not usually one to look for moral victories in losses, told the team to savor the moment after the game.

"The big thing is, the seniors are always under pressure here because of the legacy. And this group accomplished more than we did last year. We won a league title. We won a district championship, so they're walking out as champions - one of the final eight," Palka said. "That's what I want them to remember. I'm very proud of them."

Early in the first quarter, things didn't go well for the Hornets. The Rams intercepted a tipped pass from Carr and marched down the field. Their extra-point bounced off the upright and fell to the side. The Rams led 6-0. Saline's second drive didn't go much better before the Hornets punted the ball away.

Carr, in his first start, looked more comfortable as the game went on. In his second series, he threw to Nathan Holmberg for a first down. But Saline punted away. Braden's Ablauf punt rolled down to the Rockford nine. The Saline defense locked the Rams in place and they punted after going three-and-out.

Saline took over at its own 36. Carr again connected with Holmberg to move the chains on third down. He threw a short screen pass to Caden Winston, who bounced to the outside for a long gain.

The drive resulted in a one-yard rushing touchdown by Josh Rush. After Brayden Stavros' kick, Saline led 7-6, with 9:24 to play in the quarter.

Rockford replied on a long, penalty-filled drive, to give Rockford a 13-7 lead with 3:06 left in the half. But the Hornets bounced right back. Josh Rush bounced off a tackler and ran for 20 yards. Moments later, CJ Carr threw a beauty down the Saline sideline and Nick Walper made the over-the-shoulder catch at full speed.

A few plays later, Winston spun off a would-be tackler and dove into the endzone for a touchdown.

After another kick by Stavros, Saline led 14-13 with 1:29 left in the half. Ahern and the Rams, working with a short field, scored another touchdown with 31 seconds left in the half. A two-point conversion pass fell incomplete. Rockford led, 19-14, and took the advantage into the dressing room at halftime.

Rockford took over in the third quarter. The Hornets kicked off to the Rams and they scored 2:20 later.

Things got more challenging for the Hornets, Winston suffered an injury and was unavailable for most of the second half.

"He was having a monster game for us," Palka said.

Still, Saline mounted a strong drive. Rush nearly broke free for a touchdown but was caught from behind on a 22-yard run that moved Saline over midfield. The drive stalled in the red zone and Palka called for the field goal unit. Stavros kicked a 26-yard field goal through the uprights. Saline was down 26-17 with 5:52 to play in the third quarter.

From there, it was all Rockford.

Coach Palka said with so many key starters out, young players stepped into bigger roles and played well. He was asked about the play of freshman QB CJ Carr.

"I thought CJ played like a veteran to be honest with you. For the most part he was on his mark with his reads. There were a few (plays) where maybe there were guys open that he didn't see, but that's just being a young player," Palka said. "He made some money throws. He did everything we asked him to do. He put us in position, if we could have kept it tight."

It was Saline's first game since Nov. 13. It was a season many didn't believe would happen after the COVID-19 pandemic canceled the rest of the 19-20 school year and all spring sports. A shortened season eventually began Sept. 18, when Saline defeated Ypsilanti 33-7. The Hornets went undefeated in the SEC Red. Saline suffered a 14-13 loss at Grand Blanc to finish the regular season. Saline then defeated Pioneer and Huron in the district tournament before claiming the district championship, Nov. 13, with a 14-8 win over Holt. After that win, the state put the fall sports tournaments on hold. Just before Christmas, the state announced practices could resume and planned for a Jan. 2 regional final. That schedule was then delayed for a week.

When the Hornets resumed practice, their nearly 100-man practice squad was reduced to about 60 players, with some families deciding not to participate due to COVID-19, holiday vacations or other reasons.

﻿Maya Prasad, class of 2022, and Payton Maloney, class of 2023, received national recognition on MaxFieldHockey.com's "100 to Watch" list.
Tran Longmoore The Saline Post
Tran Longmoore The Saline Post
You must log in to thank, flag, or reply
I disagree with this
This is not local
This is unverified
Promotional
Spam
Offensive
Saline Tue. Jan 26 2021 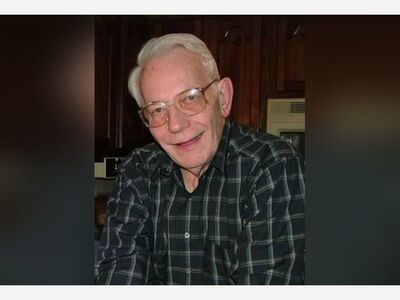 Robison Bahnmiller Funeral Home contributor
You must log in to thank, flag, or reply
I disagree with this
This is not local
This is unverified
Promotional
Spam
Offensive
Saline Tue. Jan 26 2021 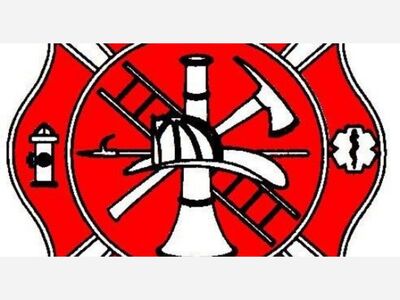 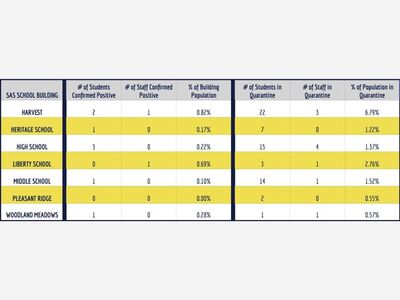 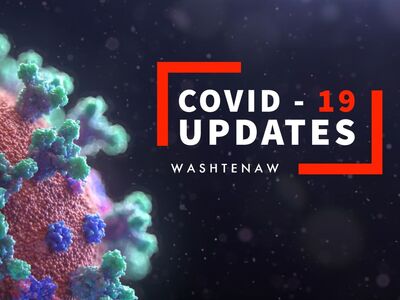 Tran Longmoore The Saline Post
You must log in to thank, flag, or reply
I disagree with this
This is not local
This is unverified
Promotional
Spam
Offensive
Saline Mon. Jan 25 2021

The National Weather Service has issued a winter weather advisory in effect from 1 a.m. to 4 p.m. Tuesday. According to the advisory, 1-3 inches of snow and a light glaze of ice could make for slippery road conditions that impact the morning commute.
Tran Longmoore The Saline Post 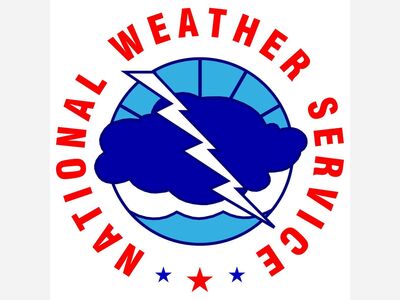 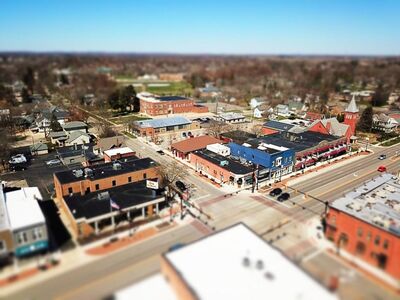